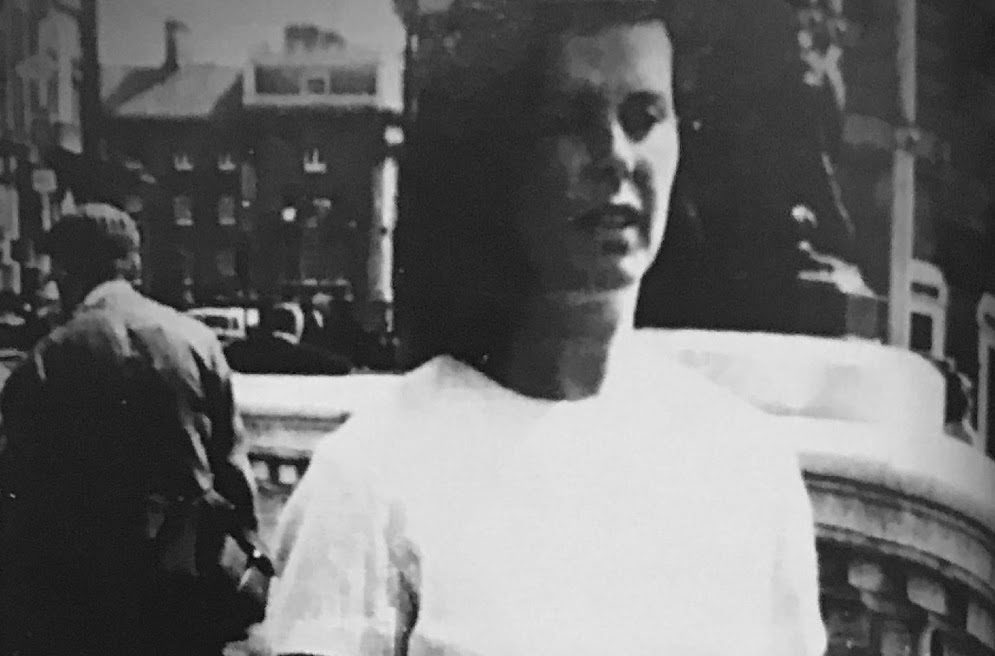 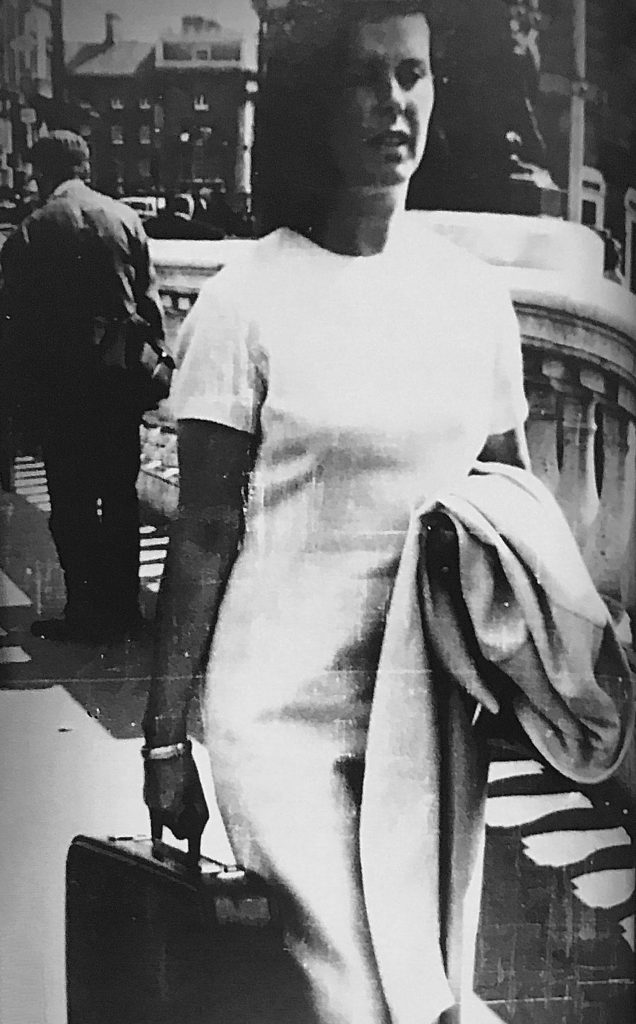 When my sisters were little more than a toddler and a baby, my parents started a business making nylon slips, poly/cotton nightdresses and lacy underwear. Mum was a hairdresser and Dad a manager in Dunnes Stores Drapery in Patrick Street, Cork, and then North Earl Street, Dublin. With only that limited experience of clothing, they set up in a factory in East Wall, Dublin with three machinists on the opposite side of the laneway to Dad’s Uncle Kit’s talcum powder factory.

By the time I came along, they were in full swing. I thought it was normal to have a mother who was always dashing around, balancing work with home life. After school, I’d spend my afternoons holding my mother’s hand as we walked up the talcum powder scented path before turning into the one-story building, the whirl of sewing machines and the long conveyor belt, which was like the backbone of the factory.

I’d be lifted on to the table where Peggy, a local woman, made satin bows. Peggy was like a surrogate mother for those few hours and she said I was like a daughter to her, so it was a grand arrangement. By age six, I was making the bows with her but she wouldn’t let me near the hot wire that cut and sealed the ribbon. We had our production line going as such and I felt like part of factory life.

My father was the only man in a household of women. No one questioned why it was Mum who was co-running the business, meeting the bank manager (there seemed to be lots of conversations about The Bank Manager), she was also responsible for the household. She made sure the electricity didn’t get cut off, sorted school runs etc. She cooked dinner every evening. The conversation at the table was always about the factory. It was the Mamselle LTD., board table – there always seemed to be problems with cash flow.

I didn’t like school. I preferred to be in the factory – I faked lots of sick days forcing Mum to take me with her to work. I made a miraculous recovery once I was at the bow station.

One day a classmate asked, ‘what does your Daddy do?’ I thought about how he runs about a lot, sometimes being in his office, other times,  packing boxes trying to get an order out.  I replied, ‘he works in the factory’.

‘That’s no good!’ The scoffed reply came. ‘My Daddy is a pilot!’

‘Mine’s a bank manager,’ another voice piped up.

I wondered was he The Bank Manager from our kitchen table talk.

I may not have known how to articulate what my father did for a living or question why my mother was the only one of my friends’ mothers who worked outside the home – but I understood that was frowned upon too.

I loved my parents. Far from perfect, often dysfunctional, they did their best – and their best was Top Class. There were a lot of money problems, but they kept going. We were lucky to have such a strong role model of a mother and a father who wasn’t threatened by that. I often think she was meant to have three daughters – she was an advocate for female power. “Every girl should have an education. Every woman, her own money. With that comes independence,” we heard her say often.

When I joined the family business, I started in the stock room (oh, the glamour of the Rag Trade!) I learned to sew, time-in-motion for costing and production flow, office admin, and made the endless cups of tea that were interwoven with the working day as much as the fabric.

It was the design room I gravitated to. I loved the rolls of lace, the buttons, colours, textures and watching the designer, Bridget work and make patterns. One night when no one was about, I set about making a pattern. I got out the heavy cardboard blocks, the roll of pattern paper and set to work with the chalk, making sure my notches lined up. The next morning, I asked the sample machinist, Annette, to make it up. It worked. It sold. While working, I went part-time to the Grafton Fashion Academy for pattern making and later to the Barbra Burke School of Fashion, but the core of my learning was in that factory in East Wall.

When I became a working mother myself, Mum felt she’d missed out on many things in our childhood and wanted to be a big part of her granddaughters’ lives. I had a little play desk in the corner of my office and often my daughter would come in and play office alongside me, and we’d walk over to Peggy (yes, the same Peggy), who always made a fuss and called April by her full birth name, April-Marie. Peggy would have been a wonderful mother.

The factory closed its doors in 2006, and I decided my years in fashion were closed too. The previous few years had been highly stressful as more and more the trade moved to Asia, prices hit bottom and garments became easily dispensable and replaceable.

By chance (though I don’t think anything happens by chance) both my daughters started working in the world of fashion. I loved visiting their places of work and hearing about the trade show visits. I like to think I gave good advice too. I could feel myself missing the days of a desk strewn with swatches and always on the hunt for the perfect colour palette.

It was in the May of Lockdown 2020 that the A-Ha moment hit about approaching Mind Body Spirit health from a different angle than I had been doing, infusing it with design. The thought of starting a business was terrifying. Then I thought of my parents back in the 60s and what it must have been like for them.  The journey back to my roots began. My daughters had followed their grandmother’s and my footsteps. And now, I was about to follow theirs. 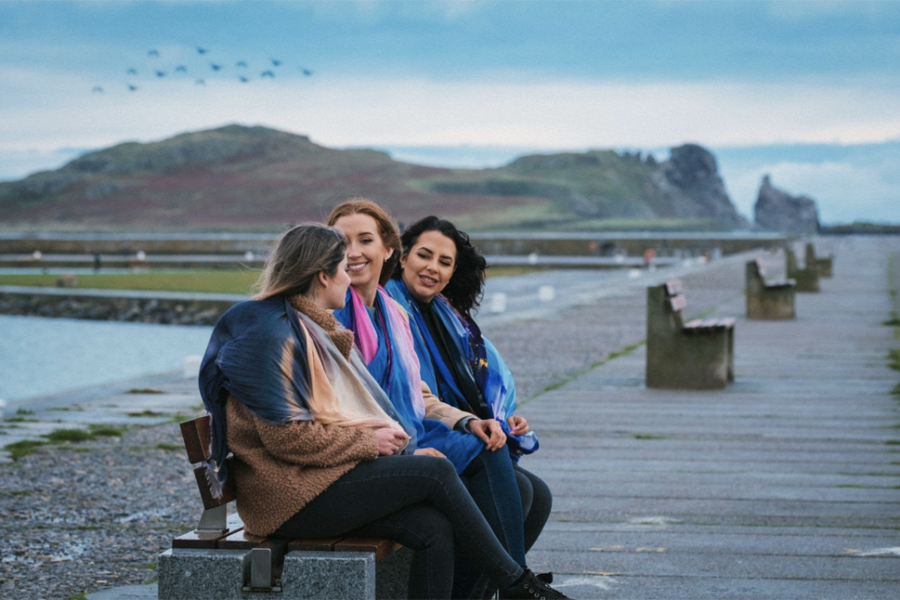 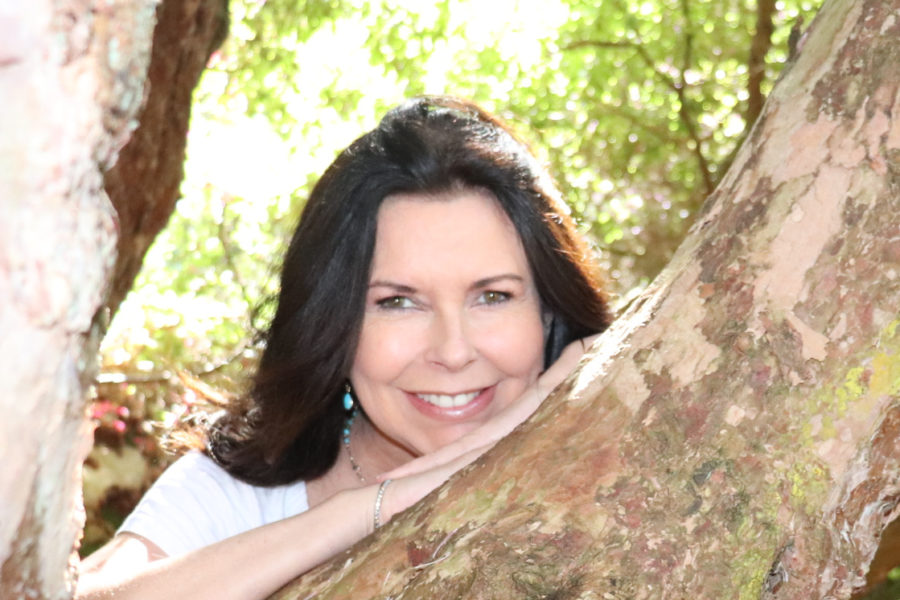