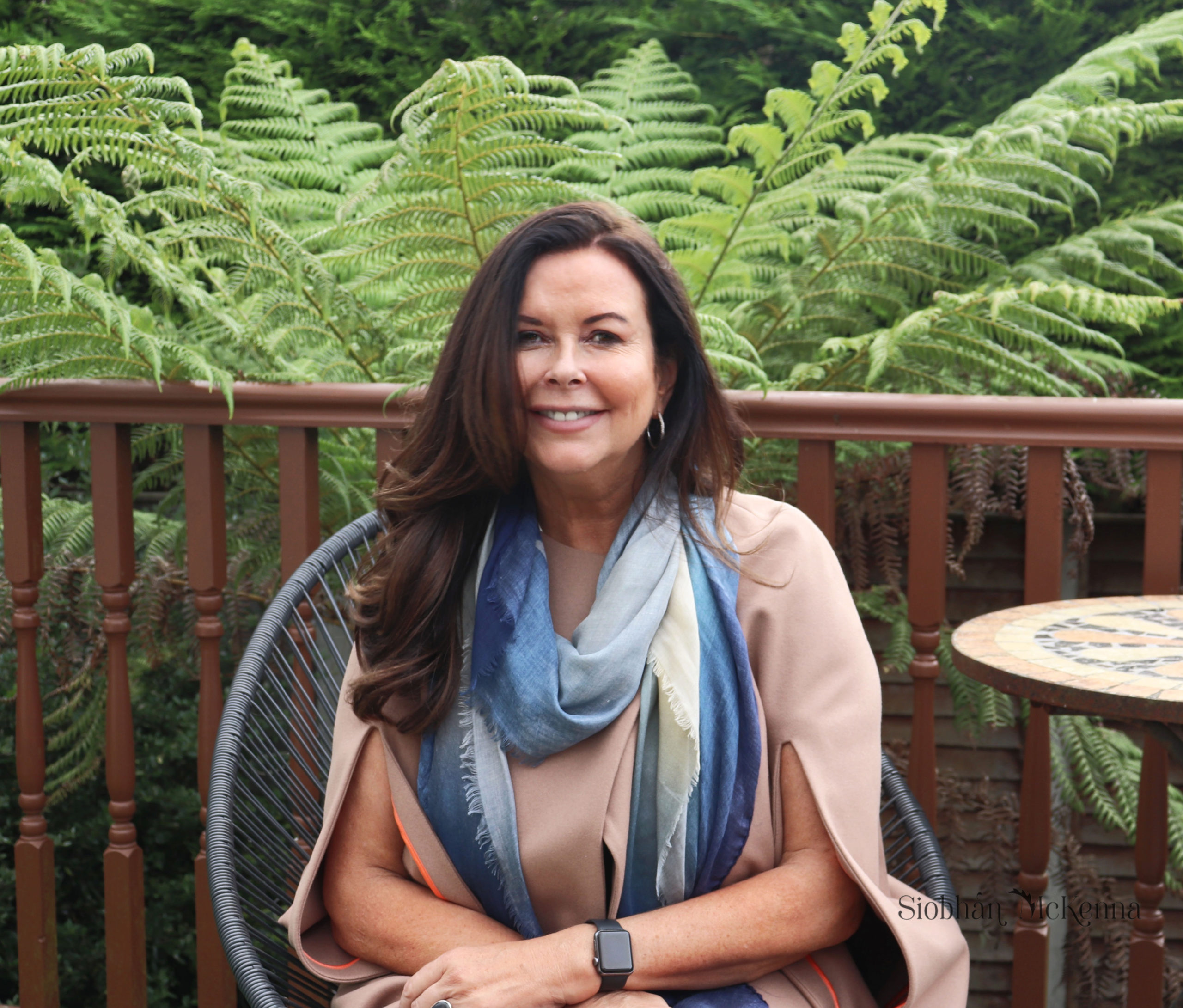 By Siobhan McKenna November 23, 2021 No Comments

Let’s be clear – I blame Joe Duffy. Menopause. On afternoon radio. Seriously?
Up to that point I was happily in denial, the proverbial ostrich with my head in the sand. My mother had glazed over menopause, saying she didn’t really notice much. I assumed I’d be the same. Having had a coil fitted for years, periods weren’t a marker and besides, the doctor who fitted the last one said I could leave it in and it would see me through menopause, making it sound as if I’d sail into the sunset.

Our Perception of Ageing

There was the general attitude when I was young, if a mature woman was grumpy or outspoken, she was dismissed with an eye-roll and under the breath muttering of ‘she’s just menopausal’. Observing this, I had to make sure that never happened to me. Until it did. And Joe Duffy and an Irish Nation of Women were making it impossible to deny any longer.

Why were we reluctant to talk about menopause?

For me, it was because it was an acknowledgment of ageing. I forever wanted to drink from the fountain of youth. Except, I didn’t really, I’m quite comfortable in my skin but I wasn’t ready for society to view – or not view me as the case may be as ‘invisible’. So while Mum never talked about menopause, she often mentioned how hard she found it to become invisible as she aged. I always found that sad, as she remained a beautiful woman her whole life. Yes, her youthful looks were where they belonged – in her younger years, but she’d evolved not withered.
Apparently, there are over forty symptoms of menopause. In my case, I found two that I couldn’t ignore. First were night sweats. I’d have to get up at night change everything because clothes, sheets were drenched through. Second, and the one I found most discombobulating, was anxiety.

I meditate – why am I suddenly anxious?

I’m a regular meditator and trained to a high level to teach meditation so to be suddenly on the M50 and feel the terror as if I was a novice driver alone on a motorway for the first time was a strange feeling. My palms calmed up on the steering wheel, I was finding it hard to breath. To put it in perceptive, I regularly travel alone to far flung corners of the world. Driving hire cars on super highways as recently as a couple of years ago was fun – not angst ridden. This panic feeling was a completely new experience. I thought maybe it was the pandemic I was reacting to, until these sudden anxious peaks would hit for no apparent reason. This lead to indecision – I found it impossible to decide about anything. I found it crippling, I began doubting my ability and self-confidence nosedived.

As women we have very definitive life cycles.

Such as, getting your first period – it’s a rite of passage. I remember mine clearly – I was so excited. My mother had given me a small book titled ‘My Dear Daughter’. It was a factual guide about changes in your body as it moved from childhood to womanhood. I couldn’t wait for Mum to come home so I could tell her I got my first period. She smiled, went to her room to get me some sanitary pads. As she handed them to me she said, ‘if you’ve any questions, just ask. We’re women in this together!’ I could have burst with pride. I was twelve years old. Soon I’d be a teenager and when I was older I’d have a boyfriend called David and he’d drive a red sports car. Yes, from that first period, in my head I had the next ten years of my life mapped out. I never did have a boyfriend named David. My first serious boyfriend was insured on his family’s red saloon. Close enough.

Now here I am at the other end of my menstrual cycle with no manual or rose-tinted idea of the next decade of life. And up until recently no one seemed to acknowledge it was happening – including me. Do I believe the adverts of white smiles, gracefully greying couples off on a Golden Year holiday or swinging their perfect grandchildren in their arms? Hardly, I’ve just started a new business and I need a hip replacement. Off-peak extended holidays is likely to lead to being unable to pay the bills and swinging anything would mean giving myself an injury.

The Power of Mindset

So what now? Firstly, I strongly believe in the power of mindset. Menopause was traditionally referred to as The Change. It’s human nature to resist change and be fearful of it. So I’m viewing my menopause as a transition. Transition feels like a slower, gentler process. In my mind that feels more natural. Time to shake the sand out of my hair, the fog out of my brain, and dust off my complimentary tool kit and the bookshelves where I have a treasure trove of books, notes and teachings that I’ve collected over the years. I’ll be looking with fresh eyes specifically for menopause.

Here’s how I define my Complementary Tool Kit

Complementary wellbeing in the form of meditation, mindfulness, herbs, healing foods and supplements. I first became interested in Ayurveda and Meditation when I was turning forty, a single mother, my career in tatters as my industry moved to cheap manufacturing in Asia. I found the benefits of both so life affirming that I trained and became a certified teacher of Ayurveda for wellbeing and a mantra based meditation practice, Primordial Sound Meditation. As the word complementary suggests – they are complementary to traditional medicine – they do not replace it. I will explore HRT but I’ll start here first and see how I get on. I imagine HRT, mindfulness, diet and lifestyle will all work in harmony together to boost each other’s effectiveness – we’ll see.

It feels good to commit to taking care of myself as best I can. I’m choosing A Mindful Menopause, acknowledging this important transition and life stage. Thanks Joe!

Siobhán McKenna is a designer, author of three fiction novels, and Deepak Chopra trained meditation and Ayurveda for well-being coach. 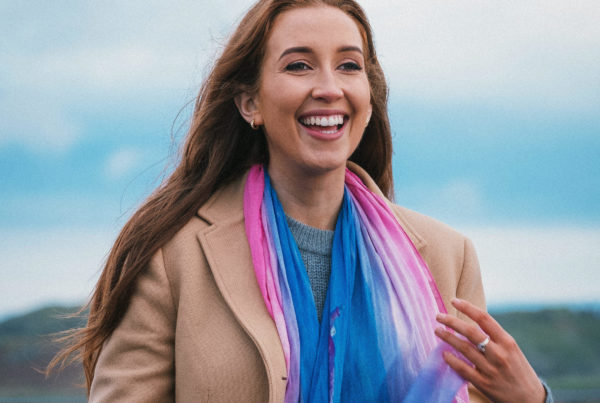 Wearing colours that make you happy. 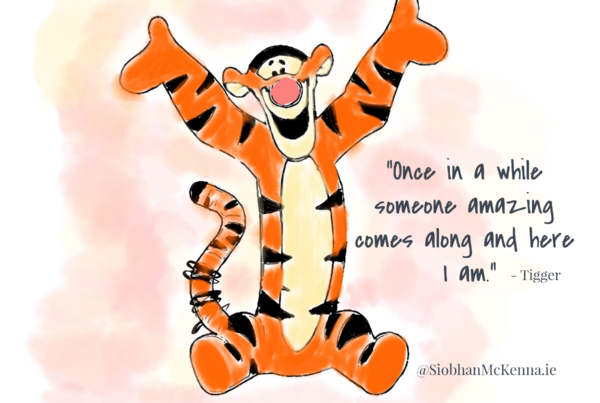